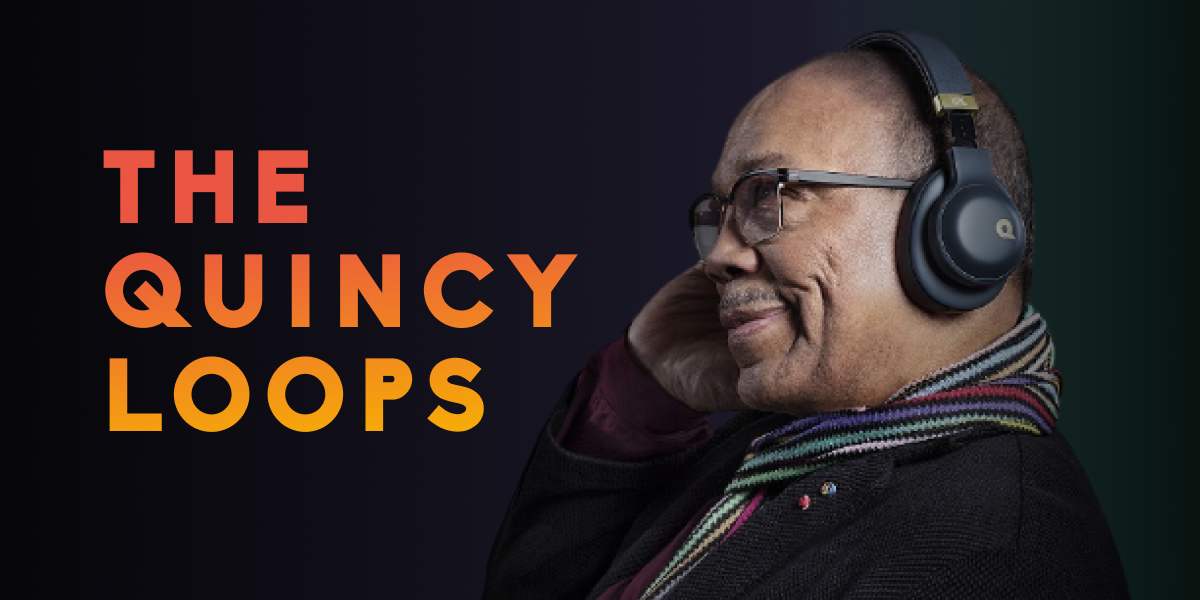 As weeBID Gives Fans a Say in Content Creation, Musicians & Producers Back One-of-a-Kind request for the Jazz Legend.

In early days of the entertainment space, interaction between fans and their favorite creators was like a one-way street. At one point, pop songs with a call-and-response chorus were the closest thing fans had to genuine dialogue with their favorite acts. But what if these fans had real input in the creative process? What if there was a tool that allowed fans to act less like fans and more like…co-producers? Fast forward to today and the old paradigm of fan and creator relationships has changed.

Since its launch, the platform has piqued the interest of Quincy Jones, the do-everything music impresario who’s made a career of being a step or two ahead of conventional industry practice. Across music, TV, and film—as a musician, composer, arranger, conductor and producer—Jones’ influence and the staggering breadth of his work makes ‘prolific’ seem like a woefully insufficient descriptor. From Michael Jackson, Aretha Franklin, and Stevie Wonder to Slovakian guitar prodigy Andreas Varady, Jones has cultivated careers across genres and continents with an undiscriminating eagle’s-eye for talent. Add to that list weeBid founder/CEO—and pianist—Greg Spero, who Jones has described as “an absolutely beautiful human being, and an artist who knows how to play from his soul.” Jones, already a fan of Spero’s musicality, soon recognized the potential in the idea for weeBid, becoming one of the earliest legends to join the platform.

With Quincy’s account now live, the requests are rolling in, and one, in particular, has gained a significant amount of traction. Originally proposed by Bryan Sykes, a producer with Insomniac Studios on Chicago’s South Side, the request is for Jones to record an eight-bar piano loop for producers to sample.

"Can you make an 8 bar of playing the piano for producers to sample and use for songs?"

“We’ve grown from everything you’ve done, from Michael Jackson’s Thriller to The Wiz,” Sykes says in his weeBID “endorsement,” a video appeal to both Jones and weeBid’s community of crowdfunders to support the idea. “We’ve studied you a whole lot and we just want to be able to let you know how much we appreciate you.”

Since Sykes’ request, music industry professionals and Quincy Jones fans have piggybacked onto Sykes’ idea, collectively raising nearly $1700.  Martell Brown, another Chicago-area artist and producer, thinks Jones delivering the requested eight bars of piano could go a long way—not just from a musical standpoint but from an educational one, too.

“I think it would show the younger generation how essential it is to bridge the gap between us and the ones who came before—to collaborate, to learn, to gain mentorship,” Brown says in an earnest request to Jones. “I feel like this is only the beginning, so I hope this is something you’ll seriously consider doing.”

Brown’s approach on weeBID is earnest yet shrewd; it’s almost as if he knew Jones shared South Side roots and has a world-renowned soft spot for the mentor/protege relationship. This goes to show that money isn’t the only tool to persuade creators on weeBID—though $1700 for eight bars of piano certainly doesn’t hurt. Quincy Jones III remarked "It's really interesting to see the things that my dad's fans are asking for. I wouldn't have thought of this eight-bar loop as something that they wanted, but through weeBID we're discovering that there is a lot of demand from producers." If there are two things Quincy Jones has always been, it’s honest and grateful; if there are three things he’s always been, it’s honest, grateful, and a very astute businessman. To paraphrase Bob Dylan, Jones has never needed a weatherman to know which way the wind blows; his eagerness to join the platform serves notice to savvy artists across genres and mediums: weeBid is for you.

Spero, for his part, sees the vast scope of weeBid’s potential applications with the considered wisdom of a scientist and the spirit of an explorer. There are so many distinct points of desire among a fanbase; it’s unfathomable. Until this point, artists have had limited avenues for insight into those various points of desire. Quincy’s eight-bar loop is an example of one of those points, unearthed by giving his fans a voice. But this is just one point of clarity coming through the fog; there’s much more to be discovered as creators and supporters continue engaging in the platform.

🔗Producers who want access to Quincy’s piano loop are invited to contribute to the crowdfund here: